Church of the Santos Juanes

We invite you to know the history of this spectacular monument

Santos Juanes has always had a clear popular nature. Guilds were an important part of its filigress, which could possibly make it become one of the richest ones in the city. The streets of the surroundings (Cadirers, Bolseria, Cordellats,…) of Saints Johns tell us about the presence of numerous trades. We invite you to know the history of this monument that is none other than Valencia’s own history.

Enjoy the greatness of the Baroque

The church of Saints Johns is also popularly known as “Saint John of the Market” because of its location next to the market area. This square, already in the 13th century, was the main open space in the city and civic center par excellence.

The deep Baroque redecoration also spans the outside, and the three doorways are renewed using a Baroque language. Also noteworthy on its own is the rear façade which overlooks the Market Square. Designed by 1700 as a magnificent stone altarpiece over a terrace, it became a place to perform religious plays.

Interesting facts on its history

Different historical events give the Parish of Saints Johns an added value. The first sermon of Saint Vincent Ferrer in the city, in 1410, is located in this church. There is a belief that it was in the chapel of Saint Anthony of Padua where the valencian tenebrist painter Francisco Ribalta (1565-1628) was buried. The “pardal de Sant Joan” (Saint John’s bird) is another interesting fact.  That is the name for the vane put on top of the façade depicting the eagle of the Apocalypse and, according to the tradition, children were told to look at it when their humble parents abandoned them in the square.

Photography is not allowed

You can not eat food or drinks

The entry of animals is not allowed

All persons entitled to free entry or a discount must be duly accredited with the corresponding valid documentation. They have the right to free admission: children under 8 years old and official tourist guides duly accredited. They have the right to reduced entry: with accreditation: students, pensioners, unemployed or disabled persons or holders of the Valencia Tourist Card. For pensioners and retirees: foreign documentation is accepted

The entry of animals is not allowed

Discover all the history offered by the Parish of San Nicolás 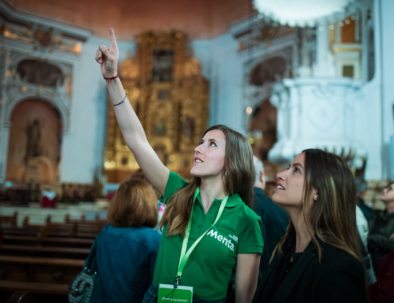 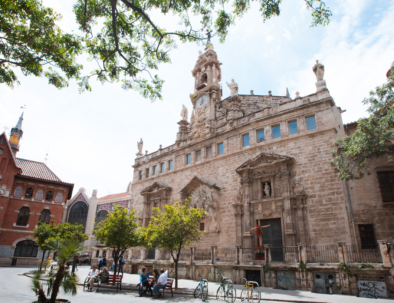