The Lonja de Valencia is an essential visit in Valencia, noted for the gargoyles that adorn it but also for its majesty. This building wanted to symbolize the Valencian wealth of medieval times and show the scope of the commercial revolution. The Lonja de Valencia began to be built in 1492, taking as reference the Palma de Mallorca, and for this they had to destroy no less than twenty-five houses. As a result, we have one of the brightest examples of European civil gothic. 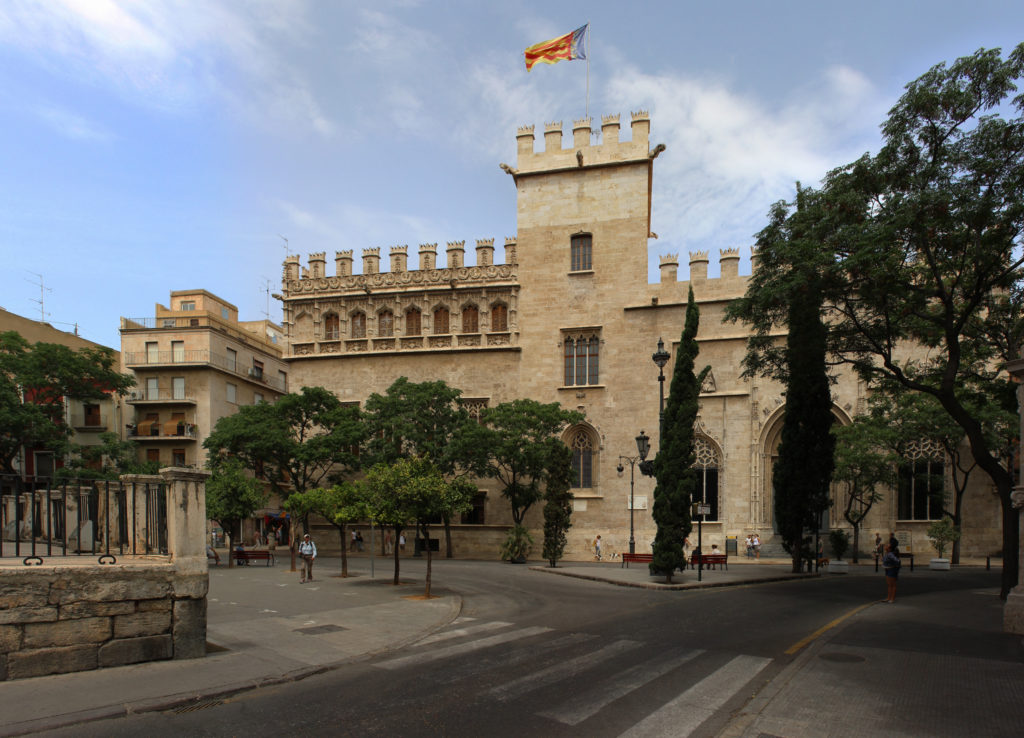 The word “fish market” comes from the Latin “logia”, which means porch. And it was there, at the doors of the churches where the merchants met to start business, since they were sheltered from the inclemency of the weather and could be more comfortable while they closed commercial deals. The style of the ceiling and the columns of the Trading Room has a logic: they are supposed to represent paradise, the columns are palm trees and the roof represents the sky.

The building was named the Lonja de la Seda or Lonja de los Mercaderes because the merchants of silk were the components of the strongest guild in the city from the 14th to the 18th century. The Lonja began being managed by Jewish sederos, which had to be converted later with the intention of not being expelled from their hometown. If you want to know the important history of silk you can go to the Silk Museum, you will be surprised to go back a few centuries and see the influence of its trade in the city. 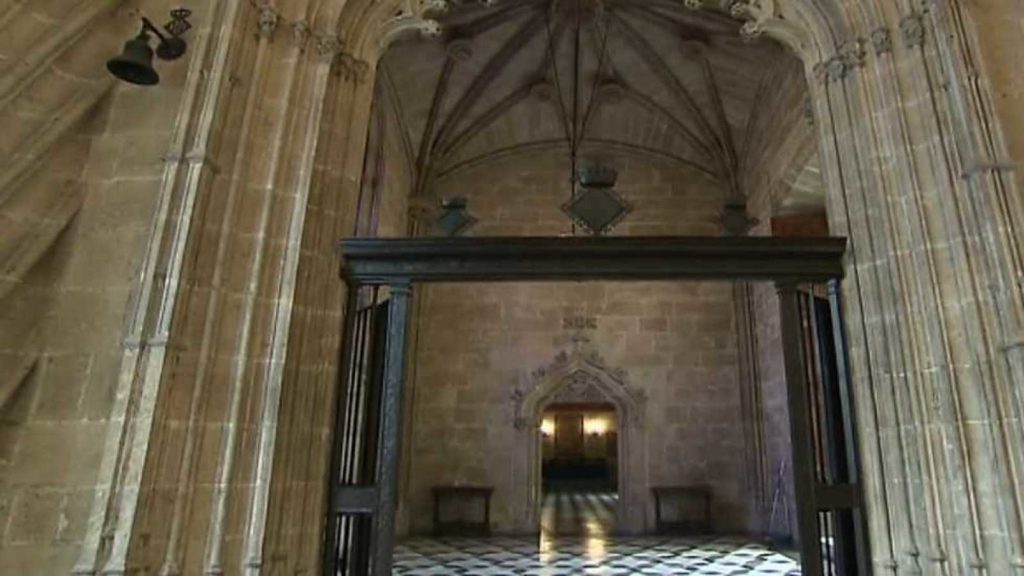 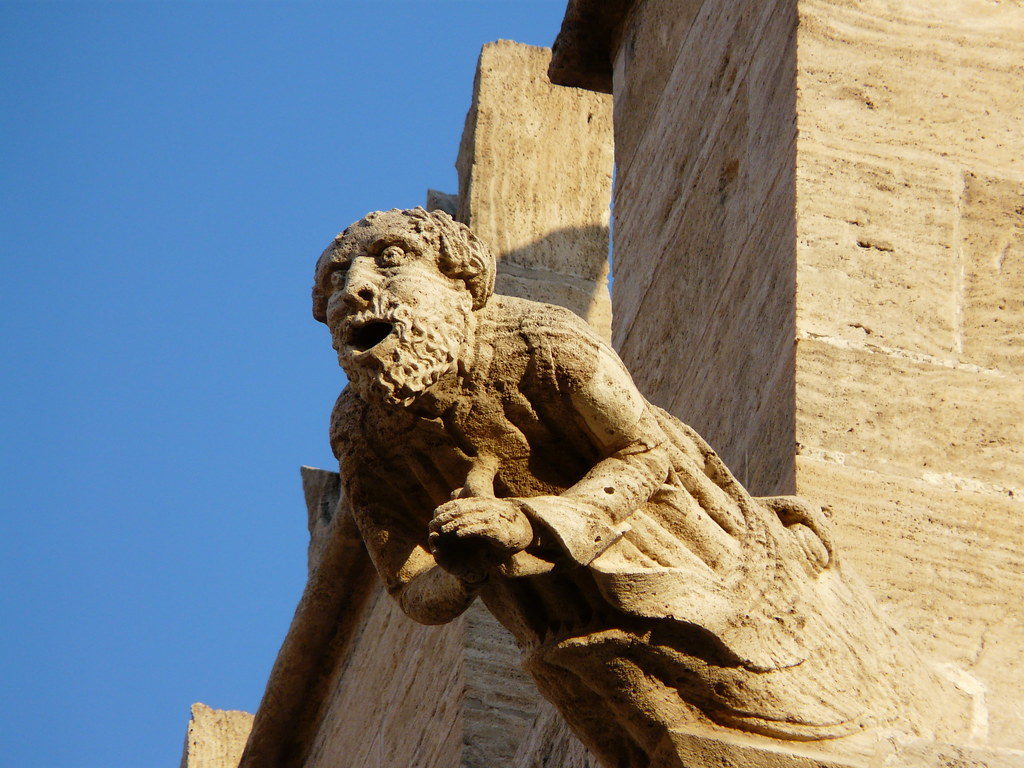 If you want to know more about this building and other curiosities of Ciutat Vella contact us, we have many options to show you the city that will surely adapt to your needs and you will have a great time. 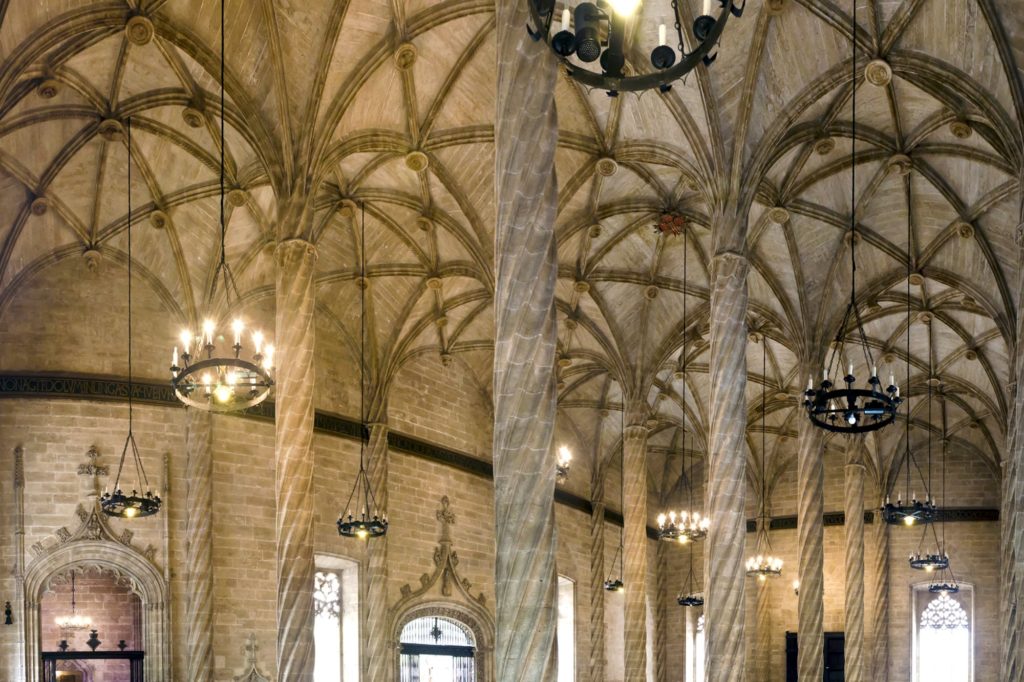